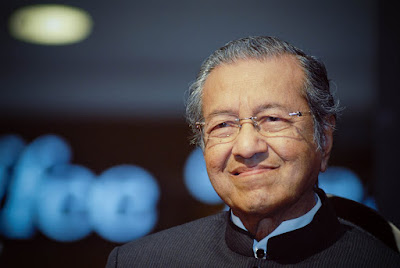 1. I would like to have the Malaysian Armed Forces attack the United States and Israel.

2. But I don’t think the Government and the MAF would agree with me.

4. We could blockade the United States and deny it food and medicine.

5. The blockade would have to go on for a hundred years. A lot of innocent people would die. But as Madeleine Albright said when asked whether killing 500,000 Iraqi babies was worth it, she said it was difficult but it was worth it. So Malaysians should not mind killing a few million Americans including babies because although it will be difficult it would be worth it.

8. But on the other hand we need to drink Coca-Cola, use the Internet, fly Boeing jets, see Rambo movies etc etc. Can we sacrifice all these simply because babies are being decapitated by Israeli soldiers using highly sophisticated and costly weapons donated by the kind Americans? Of course we cannot.

9. What we can do is totally worthless. We can boycott US products.

10. But can we? Well not completely. Maybe partially. Like not drinking Coca-Cola, or not seeing the latest blockbuster.

11. It is not going to stop the United States from remaining the most powerful nation and continuing to kill people directly or indirectly.

13. But what about the Malaysians working in factories producing coke? I don’t believe they produce only Coca-Cola. They produce other drinks as well. If people switch from Coca-Cola to another drink produced by the same company, then the company will have to produce more of this alternative drink and there would be no need to close down and sack the workers.

14. The idea is to do what we can to show displeasure at what the US is doing. We will not bring the US economy crashing down. It will continue to prosper. But the US and Americans must know how much the world dislike or even hate them.