About the middle of 1939 the good ship "Fiona" took on stores in Singapore including a supply of Fraser & Neave Soda Water. The ship duly reached Copenhagen. On the outbreak of war the ship's stores were auctioned and when Mr. Henrik v. Jacobsen of the East Asiatic Company, formerly of Malaya, saw that there were stocks of Fraser & Neave Soda he bought the lot and has been drinking it ever since! When Mr. H. C. Faxon was recently in Copenhagen and heard the story he arranged for a few bottles to be returned to Singapore as interesting exhibits.

2. On opening one of the bottles it was found that 16 years after bottling the Soda Water was still bright and fresh and the carbonation was of pinpoint excellence. The bottle exhibited is one of the remainder of this interesting consignment. 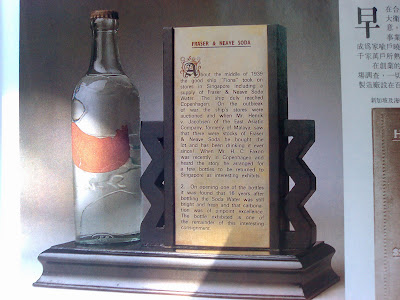 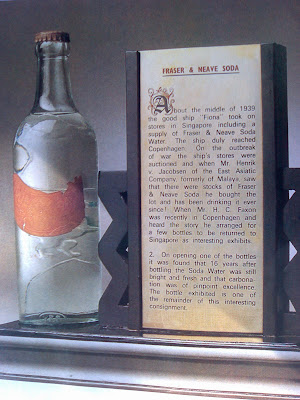 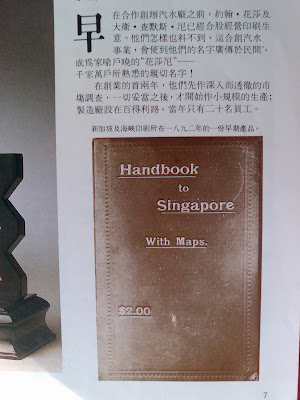 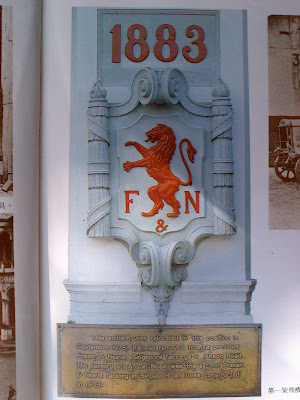