Antique and Vintage Signs: Is it a Find or a Fake?

There are many, many FAKE vintage signs on the market today. Warehouses full, as a matter of fact. So be wary, be doubtful and be careful.

Did you know, for example, that most steel signs were scrapped during WWII. Makes a person wonder why there are suddenly so many lovely antique "porcelain on steel" signs available.

If we were to believe the online market, we would guess that thousands of antique signs, especially porcelain signs, have been sitting around in warehouses, unused, not rusting, yellowing or fading, waiting for some lucky individual to stumble upon them and put them up for auction. We would wonder why oil companies, auto companies, cigarette companies, breweries and even the Pony Express ordered these signs and never used them. Well, the reality is they didn't. The reality is that the Pony Express sign that went for thousands on ebay was only as old as ebay itself, if that.

Let's look at that porcelain Pony Express sign closely. First off--the Pony Express ran in the 1860's. The technology to make porcelain signs wasn't developed until the early 1900's. In addition, any porcelain sign that hung outside when roads were dirt and filled with pebbles would have rust all over it, where the pebbles hit the sign, chipped the porcelain, and that area rusted. Another issue: the manufacturer's address showed a modern two letter state abbreviation, like NY. That came into use in the mid twentieth century. And then, it showed the price for the express service as 25 cents. Sounds reasonable, until you research the Pony Express and find out it cost more like a dollar.

Since the 1970's, when restaurants such as Max and Erma's and Fridays started the trend to decorate with the vintage theme, sign companies have been reproducing old signs, especially old porcelain and tin signs, to fill the demand for these items. A single restaurant might need hundreds of items to decorate the walls, and the demand for genuine old signs soon outpaced the supply. The reproductions were not intended to deceive, just decorate.

Now you see the listings all the time. "Rare, Antique, Vintage, Authentic, Collectible sign." It may be. Or it may be one of the thousands of signs mass-produced here in the U.S., or in China, that rip off old logos, use acids to age the sign and then call it vintage.

Along with the explosion of interest in collecting old signs, has come a flood of fakes into the market. How can you tell if a sign is a find, or a fake?

It is getting more and more difficult to distinquish the real from the phony. And there are some troubling trends, such as the reproduction of offensive ethnic and racial signs from the past, being sold as Americana.

An important question to ask yourself when viewing a listing: DOES THIS MAKE SENSE?

For example: Does the material make sense? Would a sign that has a specific date on it have been made of cast iron. Would a cast iron sign have been sold by a hardware store in the 1930's. Probably not. The molds used to make cast signs were expensive. And back in the day, hardware stores sold hardware, and sign shops sold signs. The meddling of large hardware chains into everyone else's business is a recent trend.

Another example: Would a porcelain sign have a price shown in the copy? Probably not. Merchants often need to change the price of their goods, and a practical minded store owner of the 1920's would not have bought an expensive sign that he could not use again once he needed to increase a price.

ARE THERE SEVERAL OF THE SAME SIGN LISTED? Scroll through the category and the completed listings. Seeing many copies of the same sign is a good indication that something is not old or rare. Also, look to see if there are many of the same, or similar signs, being sold by different sellers. That could indicate that the signs are being imported.

ARE THE EDGES RUSTY BUT THE REST OF THE SIGN LOOKS NEW? DOES THAT MAKE SENSE? Think about how the sign would have been used, and if it would follow that only the edges would rust, with no damage-fading, scratching, pitting of the metal, rust- to the rest of the sign. Porcelain signs, for example, will show rust in any spot where the porcelain chipped off and the steel was exposed. Phony aging techniques are often applied only to the edges, to make the sign more attractive to buyers.

Looking critically at these questions will help determine if a sign is really old and valuable.

1. They are not perfect, and no two are exactly alike. There will be variations in height, stroke and spacing of letters. For example, a letter S will not be EXACTLY the same every time it appears, EVEN ON THE SAME SIGN. Look carefully at the letters S, C, and O. Those curved letters were the most difficult to execute. Sign painters used to refer to the skill of executing those letters as "swinging" the letter. For example, a talented sign painter would be said to "swing a beautiful S." Hand cut silk screens, used in silk screening before photo-mechanical reproduction, show the same variation in letters, especially the curved letters. If it's perfect, it's computerized. If there are more than one sign exactly alike, they weren't lettered by hand.

2. You can see brush strokes. Hand lettered signs have a slightly raised and uneven feel due to variations of the thickness of paint, and brush strokes will be visible. This is a question to ask the seller, because this type of detail is not visible on the computer screen.

4. They have aged naturally. There are MANY phony aging techniques in use. Acids and other chemicals are used to produce immediate fading and rust. Genuinely old signs do not fade evenly. This is because the sun affects different colors at varying rates. Red will fade before black, for example. Background colors were usually rolled on with thicker coats of paint , while letters were brushed on more thinly. They will fade differently.

5. The materials used, especially the background materials, were available and common to that period. For example, many old "metal" signs were steel. They rusted. A magnet will stick to them. Newer "metal" signs are usually a baked-on enamel finished aluminum. They don't rust, and have no magnetic charge. Also, I have seen alot of ebay signs referred to as " tin" or "porcelain", that are really baked-on enamel finished aluminum. Check with the seller when you see "tin" or "porcelain" used in the description.

Hand-lettering is a disappearing skill. It was a trade practiced by a vanishing breed of Americans-the independently minded, creative, sometimes quirky "character". He had soul, and so did his signs. You can't fake soul.

Source: Antique and Vintage Signs: Is it a Find or a Fake? 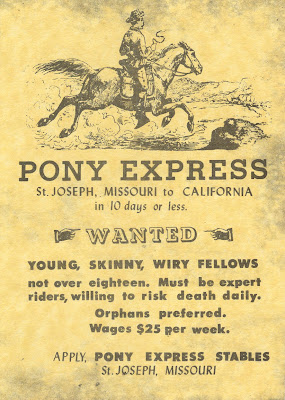 Posted by frightrice at 5:43 pm

Good post and Smart Blog
Thanks for your good information and i hope to subscribe and visit my blog Articles2day.Org and more Factors in Merchandising thanks again admin